Welcome back friends and fans. Here is a special episode of GT. James’s father, Henry, comes to visit the family for Thanksgiving, since it’s their first one with out James. However, he has a surprise for the family. Hope you enjoy the review. 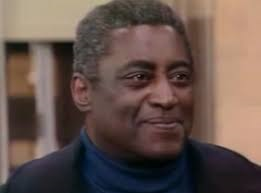 Thelma and J.J. were arguing because J.J. borrowed Thelma’s radio and the batteries ran low. He claimed his new girlfriend loved dancing and there was a need for a high volume. Thelma claimed J.J.’s girlfriend was fat. He got defensive and said her new boyfriend needed a paper bag to put over his head. Florida asked them to stop putting each other’s dates down. She said she was glad they went out with them, for somebody had to, lol. Michael shaved for the first time and asked J.J. for his razor. Florida told him he had no beard so why start shaving, he claimed he gave his new girlfriend cheek burn. There was a knock on the door and they expected it to be Grandpa, but it turned out to be Willona. J.J. greeted her with “it’s only you”, an offended Willona muttered on how she changed his first diaper. Michael emerged form the bathroom and repeated J.J.’s greeting with “it’s only Willona”. She answered sarcastically they shouldn’t make such a major fuss over her. 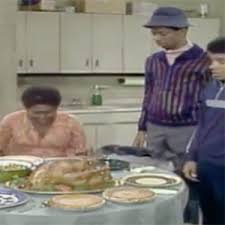 Florida set the time for dinner at 4 on Thanksgiving Day. Willona went back to her apartment to make an apple pie (turning into minced meat when she was done). Grandpa arrived with a huge welcome from the family. Florida let on to him how much she was missing James. Henry announced he retired on his 65th birthday and was ready to settle down. Lena, Henry’s girlfriend came by and surprised everyone. Florida asked him when did they get married, he answered that they weren’t married, only living together. 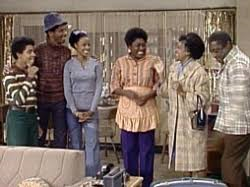 The next morning, a disgusted Florida was preparing the meal rather noisily. Thelma cautioned her if she wasn’t more quiet, she’d wake Henry. Florida didn’t care if she did. She told J.J. to set the table, Thelma said they set an extra plate for Lena. This made Florida more appalled. Willona came over and announced her apple/minced meat pie was all over her oven. She substituted it with a jello mold. Henry woke up and he and Willona hugged each other hello. Lena came out and called him a tiger, she let him out of her sight for just a minute and he hugged a young pretty woman. Willona stated they were just saying hello. Henry said, and repeated by Lena, they were so hungry they could eat four eggs (same expression James would use). Florida was visibly upset over Henry and Lena living together when they’re not married. Henry apologized, stating he didn’t think she’d take it that way. J.J. claimed she wouldn’t let them read Snow White because she lived with 7 guys, lol. They stated if they were to get married, they would lose their combined social security benefits. Willona asked what two people their age could do together, Henry angrily replied the same thing as two 30 year olds. Lena said wine wasn’t the only thing that got better with age. Florida thought they were making a bad impression for the kids, J.J. said he was personally impressed. Henry stated Lena eased his loneliness and was there for him to talk to. He deeply loved her and there was nothing wrong with that. (this brought a great deal of applause from the audience) 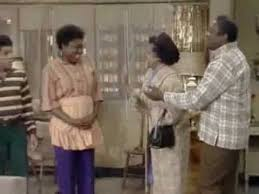 That evening, the kids came back form a basketball game and when they realized Henry and Lena were gone, Florida explained they left because they couldn’t see eye-to-eye about their situation. The kids refused to sit down to eat their meal until Florida demanded they did. When J.J. said the blessing, he thanked the Lord for what they had, although Henry and Lena were eating cold sandwiches at the bus depot. He also stated how they couldn’t be there with them. The kids decided to go for a walk, down to the station, with Florida in pursuit. Willona stayed behind to keep the meal warm for them, she stated it was like every Thursday night, her alone at home with a turkey, lol. They all rushed to the bus depot while Florida apologized for her attitude and they talked Henry and Lena into coming home to have Thanksgiving dinner with them after all.

A good holiday episode. It was nice that the family kept in touch with James’s father after his death. Florida was just way too old-fashioned. Even in the 1970s, people who were involved and not married lived together, sometimes it was for convenience sake. Florida just needed to get with the times.