Welcome back friends and fans to another review of GT. This episode centers around Willona and the kids filing complaints about Bookman that resulted in his firing. Hope you enjoy the review.

It’s freezing in the Evans apartment. Michael has a blanket wrapped around him. Thelma and Willona came in from the store and they said it was colder in the apartment than outside and it was sub-zero outside. Michael said she was afraid to make mistakes with his homework assignment, because the eraser on his pencil froze. J.J. came out, however, wearing a Hawaiian shirt and had a fan. Next thing they knew, their water went rusty and Willona went to call Bookman but Michael stated they just did but no luck. That caused Willona to say “when things break down and nothing goes right, good old Bookman is out of sight”. J.J. was about to look for Bookman to get results but, ironically,. he showed up at the door with Penny. He accused her of defacing property when what she merely did was draw a hopscotch grid and she beat him at it. When they asked him to do something about the heat and water pipe, rather than play hopscotch with a little kid. He said he felt warm. J.J. stated because he had enough fat on him to stay warm. Bookman stated if they had any complaints to put it in writing. Willona questioned who would read it to him. Bookman saw coffee being boiled and requested a cup. Thelma happily gave him a cup with the rusty water and he found it delicious. Then he stated she should teach his wife how to make it. Mrs. Bookman came to the door for him to join her in visiting her mother. When she commented on how she didn’t like to kept waiting, just like her mother, Penny asked if she was also a dragon. She then asked her if Thelma can teach her how to make coffee. 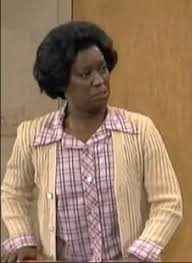 Mrs. Bookman was totally indifferent about their lack of heat and rusty water and Willona decided it was time to take a stand. When Bookman advised them to put their complaints in writing, she decided they should start a petition. J.J. jokingly suggested a hit man which Penny supported (lol). Then he suggested they get on with the petition. The next day, the heat was turned on excessively. Michael said instead of freezing, they were frying. Penny suggested that J.J. bang on the window to pry it open but J.J. dismissed it as nontechnical. When Penny tried it, the window instantly opened. Bookman came to the door asking to speak to Willona. He asked if everything was working all right. Then he announced that the petition they circulated got him terminated. 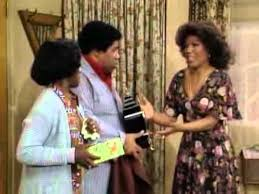 Bookman then sat down with them and lamented on how tough it was for him to get another job and place to live, for he had to give up his apartment as well. It caused Willona and the kids to get the guilts and ponder what to do about the situation. Willona stated that he had no idea they were the ones responsible for him losing his job. However, he and his wife were out in the hall gloating about it and they were confident he’d get his job back immediately. Bookman came back later with his replacement, Stanley. He was showing him around the place and training him. He appeared to have a totally opposite attitude towards work than Bookman, stating “why put off tomorrow what you can do today”. when Penny asked what would become of Bookman, Michael answered it would be tough to put someone like him in a decent job. A man who is lazy, mouths off and never keeps his promises. J.J. answered they should send him to Washington. 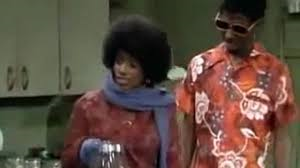 Bookman came back with Mrs. Bookman, who was feigning a display of emotion over their misfortune. They gave Willona an antique clock which they cherished. Stanley came out after fixing their shower and offered to fix whatever was broke in Willona’s apartment. It seemed as if Stanley would work out but Willona decided they should keep Bookman and went to see Alderman Davis to discuss the matter. As always, he mistook her name and asked for a donation. When she tried to get him to rehire Bookman, he claimed it was tougher than they would think. He promised to do so but not without a donation and some conditions. Bookman came to the door to thank them for getting his job back. Then he admitted he was on to them all the time and he only manipulated them to help him. He demanded his clock back from Willona. They informed him that the condition was to give the clock to Davis, thus putting one on him.

A rather mediocre episode. The only message here was you don’t know what you got till it’s gone. I, personally, had no sympathy for Bookman. If he wouldn’t do his job, he deserved to lose it. I will admit it showed his villainous side when he shamed them like he did. I would have let the new guy stay on and not even worry about Bookman. I also think if Alderman Davis reinstated him, he should have done so on the condition that Bookman does his job and give the Evanses and all the other tenants what they need and fix anything they have broke.