Welcome back friends and fans. Thank you for joining me for another review of GT. This was a rather funny episode in which Bookman’s wife thought he was cheating on her-for Willona. Hope you enjoy the review.

Michael was playing charades with Thelma and Penny. He pretended to choke and fell to the floor. J.J. came out and said how many times did he tell him not to eat Thelma’s cooking. Michael stated the correct answer was Live and Let Die. Mrs. Bookman came to the door and asked to see Mr. Bookman. He told her he was there fixing their kitchen sink. When Penny asked to leave a message, she said to tell him… then started crying. She said that Bookman was stepping out every night and she suspected that he was seeing another woman. J.J. and Thelma stated they could never see him with anyone else. She then said when he went out he would leave his tool belt at home, he even wore it on their honeymoon. J.J. joked maybe he was getting tired of sleeping all day and needed a break in routine. After they assured her that he would never cheat on her, Willona came in and asked where he was, causing Mrs. Bookman to break down again. J.J. reasoned that he possibly could have met a woman who was the total opposite of him, Willona suggested she must be a thin, hard working white woman. 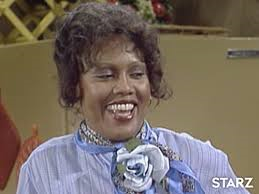 Willona was over at her apartment with Penny and when she asked how Willona was going to ask Bookman about his alleged new girlfriend. She answered she would use tact and psychology, like when she found out Penny ate the last piece of blueberry pie. Penny inquired she would open his mouth to see if his teeth were blue. When he came up and Penny left to go to the Evans apartment, she asked him to excuse her, so Willona can speak to him personally. Willona questioned where he went every night and why was he so secretive, he claimed his marriage was strong but he refused to declare how he spent his evenings. When she tried to sit him down to discuss the matter, he accidentally spilled wine on his pants and Willona had him take them off so she could clean them. Mrs. Bookman came to the door looking for him and that’s when he came out of Willona’s bedroom with no pants on. 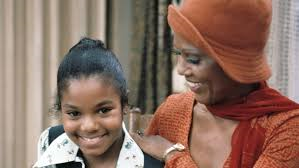 Bookman and Willona tried to explain the misunderstanding to Mrs. Bookman but she refused to buy into it. When Mrs. Bookman questioned where he went every night, he claimed he was seeing Willona, rather than tell the truth. An angry Mrs. Bookman left, despite his claim that they’d be laughing about it that evening. When he asked where he should sleep, she answered at a home where the buffalo roam (lol). J.J. came in and inquired why Mrs. Bookman was weeping hysterically in the hall,  Bookman lamented he had no place to sleep that night, Willona said he was right about that. He then came up with two choices, Either the apartment where the Evans family lived, or the apartment where the Evans family used to live, much to the chagrin of J.J. and the others. 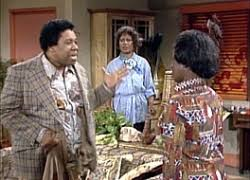 The next morning, Bookman was asleep on the couch (it’s a wonder he didn’t demand to sleep in the bedroom). J.J. and Thelma tried in vain to get him to wake up. Willona came over and started crunching on some chips. She tried pleading with him to go home to his wife, Michael stated that whatever he was doing, it shouldn’t be that important to mess up his marriage, and Willona’s reputation. She stated she was getting condolence cards. Meanwhile, a young attractive woman came to the door to return a sweater to him. She claimed he left it in her room the night before. She commented to him how he wasn’t focused that night and she hoped he would do better the following week. Then she identified herself as his teacher and that he was going to night school to get his GED. After she left, Mrs. Bookman came and told him they were separating and she was getting a Mexican divorce (whatever she meant by that). Willona finally told her the story but it turned out Mrs. Bookman was under the impression that Bookman was a college graduate. Truth be told he told her he graduated college before they got married, when actually he quit school in 11th grade to get a job. He then stated he was inspired by Jesse Jackson to go back and get his GED. Instead of being angry at him for lying, she said she was proud of him, for it would take a big man to back and get it. She apologized to Willona for her accusations and then J.J. asked him to give them hot water, she said there was no way Bookman, who was almost a high school grad, would do menial work like that.

A good episode. Not a particular favorite of mine. It does, however, inform about honesty and truth. People should be honest with each other from the beginning, especially in a marriage. that way there is nothing to hide. Again there was excellent acting from the cast.