Welcome back friends and fans. Thank you for joining me in another review of GT. This episode has Florida taking a mandatory physical to keep her job. Everything goes wrong just prior to the appointment and will she pass it? We shall see. Hope you enjoy the review.

Michael was getting ready for a date and Thelma asked him to quiet down about it for he will wake up Keith. She was also starting dinner and Bookman came in when he heard that magic word. Florida came home in a happy mood and Penny and her friend Kim came in and gave her an African violet in appreciation for her kindness to them on her bus while driving them to school. Wanda came in with a letter that was mistakenly addressed to her. It said that Florida needed to take a required physical to keep her job. She was scheduled to take it the following day. Michael left the house ready for his date. when Florida inquired she was the girl all the guys wanted to date her, she questioned how Michael got so lucky. Michael answered he had charisma. Keith came out and announced he would kiss the prettiest lady in the room, then bent over to kiss Florida’s cheek. Florida was increasingly worried about the physical. To add insult to injury, she started sneezing very profusely. 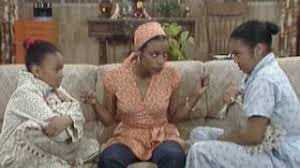 Thelma was watching Penny and Kim and was telling them a spooky story. Florida woke up, although she couldn’t sleep very well. She was too nervous and hungry (she had to skip dinner because of the exam) to sleep. Willona came home from inventory at the boutique and brought the girls home. Florida was worried because Michael hasn’t come home yet. It turned out Michael was outside the door making out with his date. Florida was also getting worried that because of her inability to sleep and the plant making her sneeze, she would flunk the physical and lose her job. She lamented the fact that she enjoyed her bus driving job and now she would lose it. Bookman came up to give Florida some chicken soup, problem was she couldn’t eat. Bookman detected that it was the plant the kids gave her and she needed to get rid of it as soon as possible. She gave it to Bookman to throw away but he was allergic to it as well. Michael went to throw it in a nearby vacant lot but wound up getting arrested. 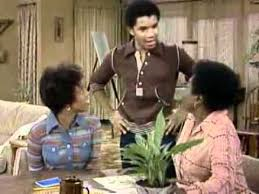 Down at the police station, Florida and Thelma had to deal with a dimwitted police officer, who claimed that Michael was being held for attacking women in the neighborhood. When they found the right guy (who as a matter of fact looked nothing like him), the sergeant said they’d release Michael immediately and they returned the plant he had. When the cop started sneezing, Florida decided to let him have it. She hurried home to get some sleep and the next day she came home from the physical and announced that she passed. She was too tired to be nervous and they said she was perfectly healthy. She then went to McDonald’s for a victory dinner.

J.J. was not in this episode

A good episode. It also supported the theory how everything can go wrong at the last minute. It was also very refreshing that Florida really enjoyed her job and it was nice how the kids felt about her and how happy it made her. It was also sad how Florida couldn’t enjoy her gift from the kids. The funniest scene was when the dopey cop sneezed because of the plant and they tricked him into keeping it.